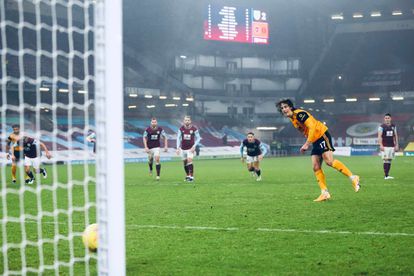 Silva, 18, joined Wolves for a club-record fee of £35 million from FC Porto at the start of the season and netted his first goal for the club from the penalty spot during Monday’s 2-1 Premier League defeat to Burnley.

In doing so, he became Wolves’ youngest-ever goalscorer in the top-flight at the age of 18 years and 155 days old, while he also he became the youngest player from Portugal to score in the English top-flight, according to Portugoal.

That honour was previously held by Portugal legend Cristiano Ronaldo who was 114 days older when netted his first Premier League goal for Manchester United in November 2003.

Should Silva go on to have half the career his global superstar compatriot has had, he can consider himself most fortunate.

Silva took to social media to mark the occasion.