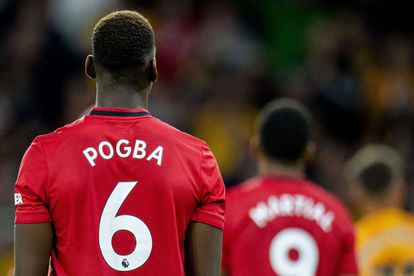 It’s another big weekend in the English Premier League, as the early season table begins to take shape.

Last season’s runners-up Liverpool take their perfect start to Burnley on Saturday, ahead of the north London derby between Arsenal and Tottenham on Sunday.

Jurgen Klopp’s EPL leaders make the short trip to Turf Moor to face the Clarets, who have also begun the new season well.

The Reds made it three wins out of three last weekend as Mohamed Salah inspired their 3-1 win over Arsenal at Anfield.

Burnley are one of an improbable ten teams on four points, lying sixth thanks to their positive goal difference after an opening weekend stuffing of Southampton.

Arsenal and Tottenham go into their rival clash on Sunday with both having suffered a wobble last time out.

The Gunners are third in the pile but lost their perfect start on Merseyside, despite Lucas Torreira pulling one back late in the day.

Manchester United are another big-hitter on the back foot as they kick off the weekend on Saturday lunchtime with a visit to Southampton.

The Saints picked up their first three points of the campaign last weekend, thanks to a 2-0 success along the south coast at Brighton.

Graham Potter’s Seagulls have an unenviable task in trying to put that right as they tackle title-holders Manchester City at the Etihad Stadium on Saturday.

City are hot on the heels of Liverpool at the top after winning 3-1 at Bournemouth last Sunday.

Chelsea dug out a first three points at the helm for boss Frank Lampard when they edged out promoted Norwich 3-2 last Saturday.

Now the Blues face another side up from the Championship in Sheffield United, who sit four places higher than their illustrious opponents in ninth thanks to their better goal difference.

Chris Wilder’s Blades have made a bright start to life back in the big time, despite failing to impress their coach in defeat to Leicester at Bramall Lane last weekend.

The Foxes have the chance to turn that success into some momentum on Saturday as they welcome Bournemouth to the King Power Stadium.

Newcastle also have a sound chance to build on their shock win at Spurs as they host Watford.

The Hornets are rock bottom after losing all three games so far this season.

Last campaign’s top-half rivals Everton and Wolves face off at Goodison Park in the other Sunday match.

West Ham are at home to Norwich on Saturday, while the game at Selhurst Park sees Crystal Palace play Aston Villa.