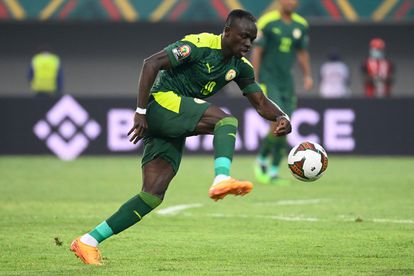 Africa’s five representatives at the 2022 Soccer World Cup in Qatar have been confirmed after a frantic night of playoff action. Photo: AFP

Africa’s five representatives at the 2022 Soccer World Cup in Qatar have been confirmed after a frantic night of playoff action. Photo: AFP

Sadio Mane has responded to speculation that he is unsettled at Liverpool.

Mane was asked about his state of mind after Liverpool beat Aston Villa 2-1 in Birmingham to stay in the title race.

The Senegalese star, who is for many an underappreciated element in Liverpool’s recent success, is contracted to the club until the end of the next term.

However, there has been a persistent rumour that he might leave Anfield in the upcoming window if Liverpool can’t agree a new deal.

When asked if he had ever been happier at Liverpool, Mane said: “Yeah, sure, when we won the trophies I think I was more happy.

“But I think I just try to enjoy every moment and try to score and assist for my team mates. I think it is all about the team or nothing, the boys make it easier for me so I am obviously very happy.”

Mane has poured cold water on a move for now, but interest in the striker will continue as long as he keeps proving his match-winning qualities.

Liverpool rested Mohamed Salah against Aston Villa and for the fifth time this season, won without the Egyptian present, a perfect haul in the Premier League.

The arrival of Erling Haaland in the Premier League could motivate Liverpool to seek to keep their striking talents on Merseyside no matter what the cost.

However, the influential manager, could not say whether Liverpool will keep hold of Salah and Sadio Mane.

Roberto Firmino is also set to enter the final year of his contract next season.

You have to ask the boys,’ Klopp replied when asked about their futures earlier this month.

Klopp said recently: “If it’s (me signing a new deal) is a positive sign for the boys, great, but I don’t think it will be decisive.

“That’s more of a question for the boys, to be honest. But it’s all fine, I really think they are both great. They have more things to think about than the management, but it’s an important thing.

“I have a great relationship with both boys.’

Springboks latest: FIVE players with a golden chance against Wales

REPORT: Percy Tau could be released by Al Ahly … soon