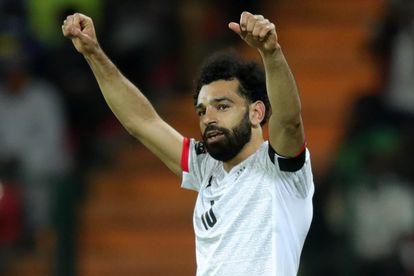 Salah-captained Egypt begin with a home match against Guinea in Group D, then travel to Malawi to face Ethiopia, none of whose grounds meet international standards.

The first three of 46 matchday one and two qualifiers are scheduled for Wednesday and the last three for June 13.

Another Premier League star, winger Riyad Mahrez from champions Manchester City, cannot lead Algeria against Uganda and Tanzania in Group F due to an undisclosed injury.

Barcelona forward Pierre-Emerick Aubameyang will be a notable absentee when Gabon tackle the Democratic Republic of Congo and Mauritania in Group I having announced his retirement from international football.

But the spotlight, as always, will be on Anfield team-mates Sadio Mane and Mohamed Salah, the last two winners of the African Footballer of the Year title.

According to global footballers’ union Fifpro, both forwards made 70th appearances in the 2021/22 season when playing for Liverpool in the 1-0 Champions League final defeat by Real Madrid last Saturday.

Fifpro believe footballers should not play more than 55 matchers in a season, warning that stars like Mane and Salah are being pushed to their physical limits.

Vincent Gouttebarge, the Fifpro chief medical officer, sent a stark message: “This kind of working environment is conducive to the development of mental health problems.”

Liverpool manager Jurgen Klopp is sympathetic to his African stars, saying “Mane and Salah have two weeks off a year in a physically demanding job”.

Short flying distances between European countries help national team stars, but Sadio Mane, Salah and hundreds of other Africans regularly face many hours in the air, punctuated by lengthy stop-overs.

When South African sides play in north Africa, they usually travel via the United Arab Emirates or Qatar due to the absence of direct flights and to cut costs.

While a few comparatively rich national football associations charter jets, it is not unusual for squads to be split into several travelling groups and take several days to reach a destination.

Adding to the logistical challenges facing officials is that 16 of the 45 countries competing for 23 places along side the Ivory Coast next June cannot host matches due to sub-standard stadiums.

Morocco will stage the matches of Burkina Faso, Guinea-Bissau, Cape Verde, Mauritius and Liberia while South Africa serves as the temporary home for Mozambique, Namibia, Eswatini and Lesotho.

A Confederation of African Football (CAF) spokesperson told AFP that “the pitch, dressing rooms and spectator facilities are inspected and other issues considered before deciding on suitability”.

South Africa officially protested after Liberia announced they would play a home Group K match against Morocco in the north African kingdom.

A number of contenders will have new coaches, including top 10-ranked sides Nigeria, the Ivory Coast and Egypt.

Ivory Coast, who last hosted the Cup of Nations in 1984, chose Frenchman Jean-Louis Gasset and he faces a potentially awkward debut against Zambia in Yamoussoukro.

Little has gone right for the Zambians since a shock 2012 Cup of Nations final triumph over the Ivorians, and the Chipolopolo (Copper Bullets) failed to qualify for the last three editions.

But there is hope of a brighter future under recently hired Croat coach Aljosa Asanovic, who can call on Premier League performers Patson Daka of Leicester City and Enock Mwepu from Brighton and Hove Albion.

Portuguese Jose Peseiro began his reign as Nigeria boss with a 2-1 friendly loss to Mexico in the United Stars at the weekend and they also play Ecuador before tackling Sierra Leone and Mauritius in Group A.

Nigeria should be wary of Sierra Leone, who staged the greatest Cup of Nations qualifying comeback by wiping out a four-goal deficit to draw 4-4 with the Super Eagles in the previous edition.

Another Portuguese, Carlos Queiroz, could not agree on a contract extension with Egypt so Ehab Gabal swaps Cairo club Pyramids for one of the most demanding national team posts in Africa.