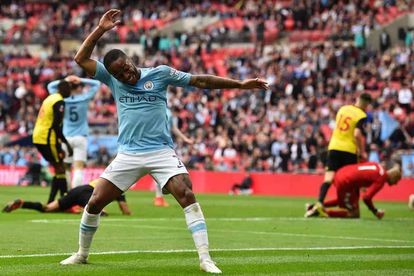 Raheem Sterling is set to be the first major signing of the Todd Boehly era at Chelsea with reports of an agreement with Manchester City. Photo: AFP

Raheem Sterling is set to be the first major signing of the Todd Boehly era at Chelsea with reports of an agreement with Manchester City. Photo: AFP

Raheem Sterling looks set to be the first major signing of the Todd Boehly era at Chelsea as according to media reports on Sunday they have agreed a fee with Manchester City.

Sky says the England international forward will cost £47.5 million whilst the BBC believe it is worth up to £50m including add-ons.

New Chelsea chairperson Boehly has thrust himself to the fore of transfer negotiations with the American also acting as interim sporting director in the post Roman Abramovich era.

Sterling’s signing will endorse Boehly’s high profile involvement as both Barcelona and Real Madrid were believed to be keen to buy him.

Sterling, 27, has already reportedly agreed personal terms and subject to a medical will sign a five year contract with the option of a further year.

Chelsea hope the formalities will be completed in time for Sterling – who has been capped 77 times – to join them on their pre-season tour to the United States.

Sterling is into the final year of his contract at Manchester City and will fill the void left by the departure of record signing Romelu Lukaku’s return on loan to Inter Milan – just a year after splashing out £97 million on the Belgian striker.

Sterling joined Manchester City for £49m in 2015 from Liverpool and has won four Premier League titles among nine major trophies in his time there.

A key player in the early years of Pep Guardiola’s reign at Manchester City, Sterling has scored 131 goals in 337 appearances for the English champions.

However, his regular place in the starting line-up at Manchester City has come increasingly under threat from the signing of Jack Grealish for a Premier League record £100 million last year, plus the emergence of Phil Foden from the club’s academy.

Manchester City have also bolstered their attacking options for the new season with the arrival of Erling Haaland and Julian Alvarez.