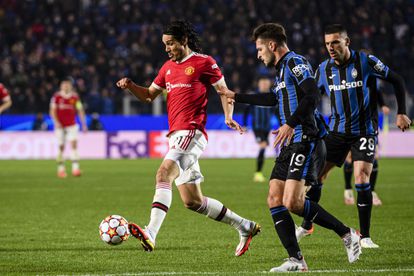 The English Premier League is all set for a bumper December but with the January transfer window on the horizon transfer rumours abound.

Here we wrap the latest English Premier League transfer rumours from publications in the UK and across the world.

Veteran Uruguay forward Edinson Cavani is reportedly keen on a move to Barcelona according to The Times.

Everton striker Dominic Calvert-Lewin is on the radar for Arsenal, who need to find a replacement for Alexander Lacazette, if the Mirror is to be believed.

Manchester United have several players linked with an exit from the club with Jesse Lingard and Alex Telles rumoured to be on their way out. Lingard was linked with a move to Newcastle, while Telles is believed to be bound for Serie A.

According to Tuttosport, Arsenal will rival Juventus for the signature of Serbian hitman Dusan Vlahovic who is currently a Fiorentina player.

Dortmund have failed to confirm or deny that there is a release clause in Erling Braut Haaland’s contract, increasing speculation that he could be headed to the Premier League Sport 1 reports.

Ferran Torres is allegedly set to force through a move from Manchester City to Barcelona, who have a tabled a five-year contract for the young Spain striker.

Marca have established a link between Liverpool and a move for Porto and Colombia winger Luis Diaz.

A new report has linked Pep Guardiola with a move the Major League Soccer at the end of his contract with Manchester City, it has been suggested he will head up affiliated club, New York City FC.