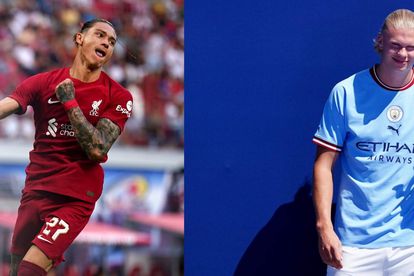 The Reds routed Rangers in midweek but face a tough test against an in-form Manchester City.

Enhance all the drama, competition and excitement of the most popular league in the world, the EPL.

What they said: Liverpool vs Manchester City

Speaking ahead of the Liverpool vs Manchester match, Klopp said: “This will not be the first time that we have met City this season as we played against them in the FA Community Shield and that was another reminder of their quality – not that we needed it, of course.

“After that game, some pretty ridiculous questions were being asked about Pep, about his team and about Erling Haaland. Not by us, by the way. We knew.

“We knew how well we had had to play to beat them and we knew how good they were. So nothing they have done since then has surprised us in any way. They are a top team with an incredible manager and unbelievable players so it doesn’t take a lot of intelligence to work out that they will play brilliant football and get good results.

“For us, it has been different of course. Our path has been more difficult and this has meant the questions are being asked about us instead. This is OK. It is part of football and we have to deal with that.

“We might not like some of the questions and we might also think that some of them are unfair but the beauty of this team is that, individually and collectively, we have the potential to put things right so that the questions will stop.

“This is what I meant when I talked about turning doubters into believers all those years ago – in football you always have a chance to turn a not-so-good situation into a really good one. When this happens, everything makes more sense and everything feels better.

“But the starting point has to be working together, believing in one another and giving absolutely everything we have whether we are on the pitch, in the dugout or in the stands. This is especially true of this game.

Guardiola meanwhile lauded the impact of Erling Haaland this term.

“When a player arrives you always expect the best,” said Guardiola.

“I think the bigger challenge was adapting as quickly as possible, knowing the way we want to play, the lifestyle in Manchester and so on.

“I speak with Erling, and he was expecting the goals he was scoring (so far).

“So far, he was unbelievable, it is important he is playing regularly.

“He came here for many years, and he arrived just a few months ago.

“Bad moments will come and it’s a case of okay go for the next one.

“We know his skills, but also how he behaved in the bad moments.

“It maybe 20 minutes not involved he’s never out of the game.

“Always he’s there and has the chance – ‘I will arrive and have the moment’.

“That’s the skill he has. Sometimes it’s difficult when you’re surrounded, but he has the quality, we need him there.

“He can drop (deeper), but we need him there with his space in behind and movement.”