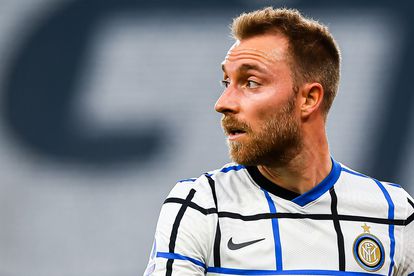 Premier League clubs splashed the cash in the January transfer window, with most of the spending coming from teams scrambling to survive. Photo by Paolo Rattini/Getty Images

Premier League clubs splashed the cash in the January transfer window, with most of the spending coming from teams scrambling to survive. Photo by Paolo Rattini/Getty Images

Premier League clubs splashed the cash in the January transfer window, with most of the spending coming from teams scrambling to survive.

FULL LIST | ALL THE DEALS DONE IN THE DSTV PREMIERSHIP JANUARY WINDOW!

Clubs spent a total of £295 million – the second-highest amount ever spent in the winter transfer window – according to figures from finance company Deloitte.

The five sides currently at the bottom of the English top flight spent more than 50 percent of the total.

Newcastle were the biggest spenders as they flexed their financial muscle under the club’s new Saudi-led ownership while Liverpool were the only side in the top four to significantly strengthen.

The most eye-catching move was Brentford’s signing of former Tottenham playmaker Christian Eriksen, just seven months after he suffered a cardiac arrest at Euro 2020.

Below, a look at the winners and losers from the Premier League January window.

The Reds beat off competition from Tottenham for Colombian international winger Luis Diaz for a fee that could rise to £50 million.

Liverpool’s front three of Mohamed Salah, Roberto Firmino and Sadio Mane, who have served Jurgen Klopp so well, are all out of contract in 2023, by which point they will all be more than 30 years old.

Diaz appears a natural replacement for Mane as a right-footed wide player who plays on the left side of the attack and has an eye for goal.

He scored 14 times in 18 league games for the Portuguese giants this season and was top-scorer alongside Lionel Messi at last year’s Copa America.

The Magpies were able to put the backing of the Saudi sovereign wealth fund to use to try and dig themselves out of a relegation battle.

A series of big names were linked with moves to St James’ Park, but in the end it was a rising star and three proven Premier League performers who made the journey north.

Kieran Trippier, Dan Burn and Matt Targett have been brought in to patch up a leaky defence, while the signing of striker Chris Wood offers injury cover for Callum Wilson and also weakens relegation rivals Burnley.

Steven Gerrard was backed in his first window as Aston Villa boss and his two major signings made an immediate impact.

Gerrard’s former Liverpool team-mate Philippe Coutinho scored on his debut to rescue a point against Manchester United after joining from Barcelona on loan.

Lucas Digne was frozen out by Rafael Benitez at Everton and came back to haunt the Toffees by setting up the only goal, scored by Emiliano Buendia, in a 1-0 win at Goodison Park before the international break.

Pierre-Emerick Aubameyang’s move to Barcelona on a free transfer ended a stand-off between the Gunners’ former captain and manager Mikel Arteta.

However, it leaves Arteta desperately short on options up front in the battle for a top-four finish.

Alexandre Lacazette and Eddie Nketiah are Arsenal’s only remaining centre-forward options and they are both out of contract at the end of the season.

A deadline day swoop for Juventus pair Rodrigo Bentancur and Dejan Kulusevski was a late answer to Antonio Conte’s call for reinforcements and is unlikely to satisfy the Italian.

Conte, who joined the club in November, has made no secret of his desire to strengthen his squad, even though he has lifted them back into contention for a place in next season’s Champions League.

Loan moves away from Spurs, with little return, for Tanguy Ndombele, Giovani Lo Celso and Bryan Gil are a reminder of how more than £100 million has been misspent in recent years.