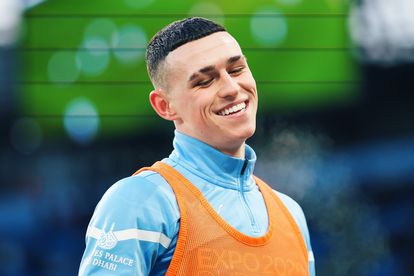 Manchester City star Phil Foden and his family were caught up in nasty brawl at the AO Arena in London on Saturday night.

The diminutive Manchester City attacker and his mother were attending the boxing clash between Kell Brook and Amir Khan, hours after his team went down 3-2 against Tottenham.

Shocking footage has since emerged of Phil Foden’s mother being punched during a horrific brawl. Take a look at the incident below.

One of the attackers can be heard yelling “son of a c**t” while the chaotic brawl took place. Below is a video of the incident.

“As the footballer enters the room, his girlfriend Rebecca Cooke turns towards the rowdy group and shouts: ‘Who you calling a c***?’” a DailyMail report read.

“Just seconds later, the footballer’s mother Claire Foden emerges from the room and confronts the group saying: ‘Who’s calling him?”

“The club is aware of a video which has circulated on social media showing Phil Foden and his family being harassed and abused,” a Manchester City club statement read.

“We are shocked and appalled about the nature of the abuse and ensuing assault on one of Phil’s family members. We will continue to give Phil and his family all the support and assistance they need.”