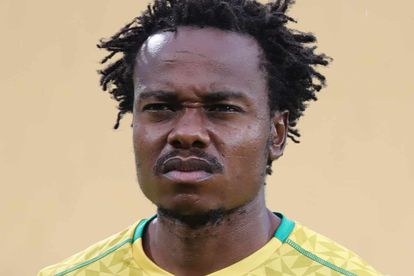 English Premier League side Brighton and Hove Albion are expected to announce the addition of Bafana Bafana star Percy Tau to their squad before the end of the week.

The club are just waiting to complete work permit formalities before unveiling the 26-year-old striker.

Tau has reportedly already left Anderlecht in Belgium where he was on loan as Brighton look to strengthen their squad for the second half of the Premier League season as they struggle near the relegation zone.

Brighton are currently 17th in the English Premier League, one place above the three sides in the drop zone.

Brighton have amassed 14 points from the 17 matches to date.

Tau was signed by the English club in mid-2018 for a South African transfer record fee of R50 million after helping Mamelodi Sundowns dominate the domestic scene in Mzansi.

TAU WAS LOANED TO 3 DIFFERENT CLUBS

Brighton initially sent Tau on loan to the Belgian second division club where he was named Player of the Season at Union Saint Gilloise.

Last season he spent the campaign on loan at Club Brugge and won the Belgian league title with the club, who were declared champions despite the early end to the season due to the Covid-19 pandemic.

In August, he signed for Anderlecht on loan and quickly established himself as a regular at the Brussels giants.

Britain’s exit from the European Union has prompted a change in work permit regulations in the country, allowing Tau the opportunity to get his work permit documentation when this had previously looked an impossible task until next season at least.

Percy Tau has played 28 matches for Bafana Bafana and has scored 12 goals to date.