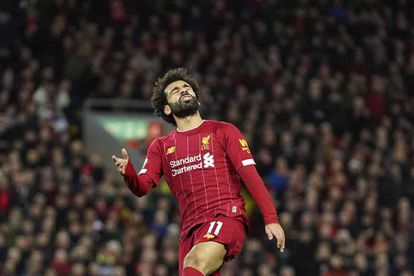 Liverpool star Mo Salah was omitted from Egypt’s Tokyo Olympics football squad – but he looks absolutely fine with the decision.

Liverpool star Mo Salah was omitted from Egypt’s Tokyo Olympics football squad – but he looks absolutely fine with the decision.

Can Liverpool superstar Mo Salah handle the physical nature of professional rugby? Well you’re about to find out below!

Before we get to it, Mo Salah is an Egyptian footballer that plies his trade in England for Liverpool FC. He’s regarded by many as the best footballer on the continent.

The Egyptian star has been an integral part of Jurgen Klopp’s Liverpool machine. He has already helped Liverpool win the UEFA Champions League and the English Premier League since joining the club in 2017.

Amongst the many records he’s broken, Mo Salah most notably broke the English Premier League scoring record during a 38-game season after scoring 32 goals in 36 league games during the 2017/2018 campaign.

He followed his record-breaking season up with another Golden boot triumph in 2019/20 while also being voted as the third best player in the world in 2018 by FIFA.

Mo Salah is known for his pace down the wing as well his finishing abilities but can he replicate it on the rugby field? What you’re about to see might leave you a tad confused, has the Egyptian star being playing the wrong sport all along?

The next video we have for you is of the real Mo Salah scoring a wonder goal for Liverpool against Chelsea just over two years ago. Take a look at it below and spot the differences, if you can obviously!

Salah has come under fire of late however the attacker is still amongst the leading goal scorers in England despite Liverpool’s wayward form. He has 19 goals and is second behind Tottenham’s Harry Kane who has 21 goals thus far.