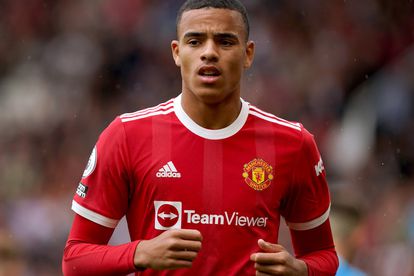 Manchester United have not invited Mason Greenwood to return to training according to a statement issued by the club.

There has been no movement in the case ahead of a hearing set for mid-June.

Police have confirmed that Greenwood remains on conditional bail: “an application has been made to the courts to have his bail extended beyond Saturday 30 April, but the hearing isn’t expected to be until mid-June. The suspect will remain on conditional bail until the date of the court hearing.”

Greenwood was suspended by Manchester United following his arrest in connection with allegations of abuse and assault by a young woman.

Manchester United has explained that their position on Greenwood remains unchanged, with the outcome of legal proceedings still pending.

The club also explained why Greenwood’s profile has not been removed from the club’s website.

Greenwood’s profile still being present on the site sparked rumours among fans that the player was soon to return to training.

“We removed his profile from the club app soon after he was removed from the squad in January.

“This was in order to remove Mason from interactive elements of the app, such as team predictions etc.

Greenwood has been removed from EA Games’ FIFA 2022 and seen his participation in marketing campaigns pulled.

Cadbury made it clear that Greenwood would be removed from their marketing materials.

“Cadbury does not condone violence in any form. Our Partnership is with the club itself and not the individual players,” a statement from the company read.

“However, while these allegations are being investigated, any marketing or products we create with Manchester United will not feature this player. We will continue to monitor the situation closely.”

Manchester United will await the outcome of the legal process before they decide the long-term future of Greenwood.

Meanwhile, Greater Manchester Police are expected to extend Greenwood’s bail, which is due to expire on April 30.

Who is Mason Greenwood? 8 things you need to know