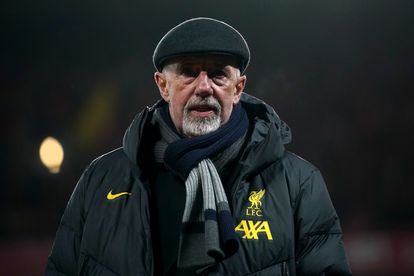 Former Liverpool striker turned broadcaster Mark Lawrenson has put his departure from the BBC down to him being a 65-year-old white male.

Since shortly after he hung up his boots Lawrenson has worked with the BBC and has been a presenter on the Football Focus programme for over 25 years.

Mark Lawrenson says he was fired for being a white male

He revealed that he was dismissed from his role in a matter of fact manner back in March.

Mark Lawrenson has vented his feelings about the decision in a fresh interview with the UK’s Sunday Times.

“The Beeb are probably the worst at giving you bad news. It was just, ‘We are going on the road next season with Focus. We don’t think it is really something for you,'” Mark Lawrenson said.

“I haven’t watched the programme since to see if they have gone on the road. They forget you are an ex-footballer and could get subbed or dropped or transferred. Somebody could say to me, ‘I’m sorry, it’s not good news.’ And I would say, ‘OK, just tell me what it is.’

“I just wish they had said to me at the start of my contract last year, ‘You’ve had a great run, thanks very much and you are not working next season.”

Lawrenson admitted that he should have seen the writing on the wall when former host Dan Walker was replaced after 12 years in that role with former Arsenal and England Women player Alex Scott stepping into the role.

Writing on the wall

He said that while he supports Scott in her role, he found the teething process unbearable.

Alex was just thrown in, so from the outset we were trying to make the programme as easy as possible for her,’ he said.

“It was a little bit frustrating because she would ask you a question and then move on to the next person and I would want to say something I had just thought of, but I just had to shut up because she was just learning.

“She has done well in fairness to her and she is a lovely kid. It’s a tough gig, because Dan was so good. Some people just don’t want her to be any good, but she has gotten better and better.”

Lawrenson felt that the BBC’s fear of offending anyone got in the way of putting on decent football programming.

“Whereas normally you would say the first thing that comes into your head, you’re now thinking, ‘If I say that will I get into trouble?’ It was a bit like playing with your legs tied together,” he added.

“The BBC is the national broadcaster and I get that, but they are frightened to death of upsetting anybody.”