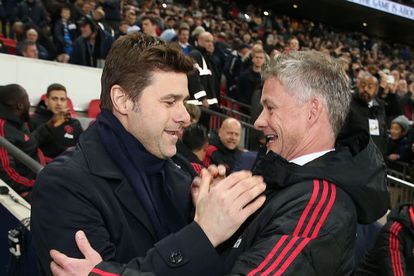 Solskjaer was sacked by Manchester United on Sunday following a string of poor results, with the club announcing that assistant Michael Carrick would take over on an interim basis.

Manchester United also confirmed that Carrick will be in place while they continue to look for an interim manager that can steer the ship until the end of the season, before making a permanent appointment. Carrick faces a baptism of fire in his first week as a manager, with a huge Uefa Champions League encounter away to Villarreal on Tuesday evening, followed by an acid test away to English Premier League log leaders Chelsea at Stamford Bridge on Sunday.

Now when one looks at how tough that run is, it would be expected that Manchester United fans would worry that Carrick does not have the required experience to cope with the pressured situation, and would want an experienced manager walking through the door’s at the AON Training Complex. So, the latest reports of Pochettino’s willingness to join the club as soon as possible, will no doubt be exciting to the club’s fans.

READ | HOW MUCH DID THE NEW MANCHESTER UNITED SIGNINGS INCREASE THE WAGE BILL? CLUB REVEALS ALL!

Those reports have continued to escalate quickly throughout Europe, with the latest even putting a potential time frame in which Pochettino could be announced as the new Manchester United manager. According to the Evening Standard UK. The former Tottenham Hotspur boss could be in the Old Trafford dug out in a months time!

“A move at the end of the campaign appears most realistic, with (Manchester) United having placed Michael Carrick in temporary charge until they can appoint a permanent head coach. However, with the Ligue 1 season due to pause between December 22 and January 7, United could try to use the break to approach Pochettino, allowing PSG time to regroup with a replacement.”

“PSG used last season’s winter break to sack Thomas Tuchel and replace him just over a week later with Pochettino, and the French club could be open to a similar scenario this year” wrote the publication

Pochettino is clearly willing to join Manchester United at any time, if reports are to be believed, so can the two clubs strike an agreement for the Argentinians’s services?