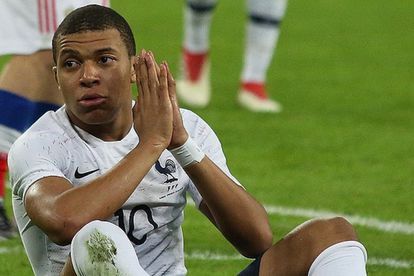 Liverpool could be set to make a sensational swoop for PSG and France star Kylian Mbappe.

Mbappe has been linked with a move away from Paris but his future remains uncertain.

The French star is yet to agree terms on a deal with Real Madrid but has also not signed a new deal to keep him at PSG.

It has been reported that Kylian Mbappe and his camp are not happy with Real Madrid’s insistence on a 50 per cent share of his media rights should he make the switch to the Bernabeu.

According to a report from the Independent’s Miguel Delaney: “Real insist on 50 percent of a player’s media rights in every contract they negotiate at the Bernabeu.

“Mbappe’s representatives are unwilling to surrender that much and those close to the situation believe Los Blancos may have made a mistake in making the demand,” Delaney wrote.

The latest development could work in PSG’s favour as they are reportedly willing to do just about anything to keep hold of Mbappe.

It could also open the door for Liverpool to swoop in, however, the Reds might be hamstrung by their own wage structure which has caused no end of troubles in their ongoing negotiations with Mohamed Salah.

Mbappe was born in Paris but made his senior football debut for Monaco where he broke through into the French team.

In 2018 Kylian Mbappe joined PSG for a world record fee despite interest from Real Madrid.

At that time Real failed to secure Mbappe’s services as coach Zinedine Zidane could not guarantee playing time for the French star.

In order for Liverpool to sign Mbappe they will likely need to offload one of their current strike trio of Sadio Mane, Bobby Firmino or Salah.

Mbappe would be something of a luxury signing for Liverpool whose cup runneth over when it comes to attacking players, but he would be the first name on any club’s teamsheet.