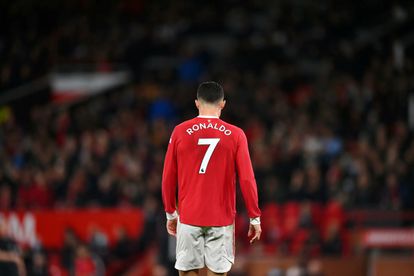 Cristiano Ronaldo has indicated he will feature in Manchester United’s friendly with Rayo Vallecano at Old Trafford on Sunday. Photo: Twitter @sportbible

Cristiano Ronaldo has indicated he will feature in Manchester United’s friendly with Rayo Vallecano at Old Trafford on Sunday. Photo: Twitter @sportbible

Liverpool fans are planning to stage a minute’s applause in the seventh minute for Cristiano Ronaldo during Manchester United’s visit to Anfield on Tuesday.

The significance of the seventh minute is the No 7 jersey worn by Ronaldo.

This follows the heartbreaking confirmation on Monday of the death of Ronaldo’s newborn son.

As reported by The South African website, Ronaldo will not play in the match.

The Portugal superstar announced the tragic news on social media in a joint message with his partner Georgina Rodriguez, prompting an outpouring of support from across the footballing world.

Manchester United confirmed Ronaldo’s absence, saying: “Family is more important than everything and Ronaldo is supporting his loved ones at this immensely difficult time.

“As such, we can confirm that he will not feature in the match against Liverpool at Anfield on Tuesday evening and we underline the family’s request for privacy.

“Cristiano, we are all thinking of you and sending strength to the family.”

Liverpool and Manchester United will clash at 21:00 (SA time).

MTN8: AmaZulu’s AWFUL away record against Chiefs will be music to Amakhosi ears

Singapore Grand Prix: Here’s what time the lights go out in South Africa