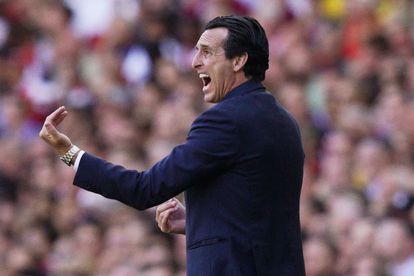 The English Premier League returns from the international break on Saturday, with the EPL leaders having a chance to keep the pressure on the rest.

Liverpool kick off the weekend at home to Newcastle in the Saturday lunchtime game, as Jurgen Klopp’s men look to extend their perfect start.

Four wins from four have kept last season’s runners-up ahead of reigning champions Manchester City in the early standings.

They even picked up their first clean sheet of the season in a 3-0 win at Burnley a fortnight ago.

Newcastle are unbeaten in two and will be encouraged for their Anfield trip by their sneaky win away at big hitters Tottenham, which was followed up by a home draw with Watford.

Champs City help book-end Saturday’s action with their title rivals, as they travel to Norwich for the late kick off.

Pep Guardiola’s side seemed to be hitting their straps before the international break, winning 3-1 at Bournemouth before thumping Brighton 4-0 at the Etihad to continue their unbeaten start.

The Canaries are scratching around in the relegation zone cage and were beaten at West Ham two weeks ago.

Manchester United haven’t won since the opening week and it doesn’t get any easier on Saturday as they take on third-placed Leicester at Old Trafford.

Ole Gunnar Solskjaer’s side were pegged back to draw 1-1 at Southampton last time out, having surrendered 2-1 at home to Crystal Palace the previous weekend.

The Foxes are flying under Brendan Rodgers in his first full season in charge, with back-to-back wins over Sheffield United and Bournemouth keeping them unbeaten and then some at the sharp end.

Tottenham have made an identically frustrating start to the new campaign as the Red Devils.

They host London rivals Crystal Palace on Saturday, who lie fourth after victories at Old Trafford and at home to Aston Villa.

Spurs were stunned by Newcastle in their last home game before fading to draw at Arsenal in the North London Derby.

The Gunners are in action on Sunday when they visit a Watford side under new management.

Quique Sanchez Flores is back in the Vicarage Road dugout after the Hornets ejected Javi Gracia from one of the warmer hotseats in English football.

Arsenal make the short trip to Hertfordshire seeking their first win in three following defeat at Liverpool before their rival stalemate with Spurs.

Chelsea are fighting for form under the charge of returning hero Frank Lampard and they face a tough assignment at Wolves.

The Blues were held to an annoying draw by Sheffield United a fortnight ago but are boosted by Wolves’ winless start to their second season back in the big time.

Burnley make the long trip south to Brighton on Saturday, as Southampton do something of the opposite by visiting Sheffield United.

Bournemouth and Everton play the first game on Sunday when they meet at the Vitality Stadium.

The weekend’s action then stretches into Monday as West Ham go to promoted Aston Villa.