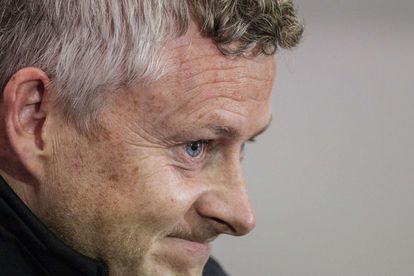 The Premier League kicks off for its second round of fixtures on Saturday, with the reigning champions facing a stern early test of their title mettle.

Raheem Sterling netted a hat-trick as goals from Gabriel Jesus and Sergio Aguero combined for a 5-0 thumping of West Ham.

Champions League finalists Spurs also won on the opening weekend, although not without a scare against newly-promoted Aston Villa.

Dependable Harry Kane scored twice late on to ensure a 3-1 victory in north London after Mauricio Pochettino’s men had fallen behind early on.

Last season’s nearly-men Liverpool are on the road for the first time as they make the trek to Southampton on Saturday.

A first half blitz of Norwich paved the way for a 4-1 success in last Friday night’s curtain-raiser for Jurgen Klopp’s side.

Their hosts come into the second round of fixtures off the back of a chastening 3-0 defeat away to Burnley.

Sean Dyche’s Clarets, meanwhile, will go to Arsenal for the Saturday lunchtime kick off full of confidence thanks to an Ashley Barnes double and a Johan Gudmundsson goal at Turf Moor.

The Gunners came away from Newcastle with three points, too, thanks to Pierre-Emerick Aubameyang’s only goal just before the hour mark last Sunday.

Manchester United will have to wait until Monday to see if they can repeat their opening weekend thrashing of top four rivals Chelsea when they take on Wolves.

Ole Gunnar Solskjaer’s men pulled off a 4-0 win at Old Trafford, thanks to a Marcus Rashford brace and goals from Anthony Martial and Daniel James on debut.

Their Black Country hosts were held to a goalless draw by 2016 champions Leicester in their opening game.

And it’s the Foxes who will be bracing for a backlash from Frank Lampard’s battered Blues, as they go to Stamford Bridge on Sunday afternoon.

Promoted Sheffield United play their first home match since returning to the top flight on Sunday, looking to back up an opening draw at Bournemouth as they tackle Crystal Palace at Bramall Lane.

Roy Hodgson’s side also sealed a point on the opening weekend after stalemate at home to Everton.

Marco Silva’s Toffees host Watford on Saturday, seven days after the Hornets suffered an upset at the hands of Brighton.

The Seagulls snapped up a 3-0 victory at Vicarage Road to mark coach Graham Potter’s first game at the helm.

They will put that healthy start to the test when they play West Ham at the AMEX Stadium on Saturday.

Norwich and Aston Villa are also both at home on Saturday and on the hunt for their first points since promotion from the Championship last season.

Whiskey lemonade cocktail: So refreshing, it kicks you in the face