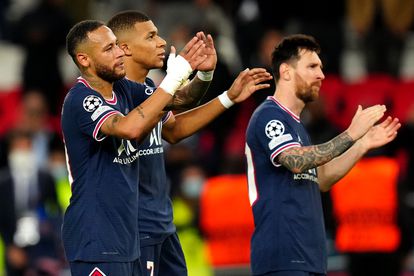 Messi, who was still waiting to grab his first goal for the Ligue 1 side following his shock move from Barcelona during the off-season, once again rose to the occasion on the highest European club stage.

Much like most of his goals, Lionel Messi’s debut goal was a thing of beauty. After receiving the ball just past the halfway line from teammate Marco Verratti, the diminutive Argentine star burst forward with pace down the right.

He then swiftly played a one-two with Kylian Mbappe on the edge of the box before firing into the top corner, leaving Manchester City goalkeeper Ederson with absolutely no chance to save that one. Watch the goal below:

“We dealt with PSG first of all, but we know it’s impossible to control Lionel Messi for 90 minutes,” – Manchester City coach Pep Guardiola said following the match.

“He was not much in touch with the ball – of course he was coming back from injury, he needed a bit of rhythm – but we know quite well when he can run and get close to the ball, he is unstoppable.

“What we have done is minimise, as much as possible, these kind of options and create the chances that we could create and I’m satisfied with the way we played and handled things.”

“People can’t deny that we were there. We arrived here, we did our game, but it’s always a risk when you lose the ball and they can make one pass, especially with Marco Verratti, an exceptional, extraordinary player, and make contact with Neymar and Lionel Messi and they can run, it’s difficult. We did a really good game, but we should have scored goals and we didn’t do it. That’s why we lost.”