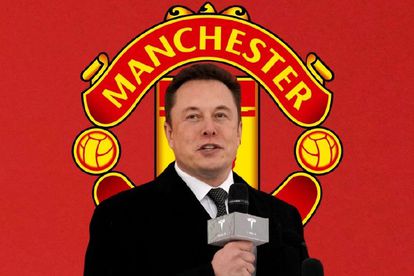 Elon Musk’s name has been thrown into the hat of potential buyers for Manchester United. Image: NST.

Elon Musk’s name has been thrown into the hat of potential buyers for Manchester United. Image: NST.

South African-born businessman Elon Musk has been identified as one of several potential bidders for Manchester United, after the Glazers confirmed their intention to sell the English club.

On Tuesday night, rumours were rife that an announcement on the future ownership of Manchester United was imminent and much to the delight of the club’s staunch supporters, an official statement was released. The gist of it was that the Glazers are open to offers for a full or partial sale, or strategic partnerships with third parties.

The news undoubtedly put a host potential buyers on red alert, but according to the Daily Mail, the Glazers will set the prize of the iconic football club at a minimum of £5bn (R102bn).

Most of the leading United Kingdom media outlets have identified English billionaire Sir Jim Ratcliffe as well as the Dubai state’s sovereign wealth fund as the leading contenders to add Manchester United to their portfolios.

But reports out of USA suggests the Glazers are most likely to sell the club to an American business consortium and that came as good news to some of Manchester United’s supporters, who have set their hopes on one particular American billionaire to take ownership of their beloved club.

A faction within the Manchester United fandom has made an impassioned plea to billionaire Mask, who is the richest person in the world at the moment with an estimated fortune of $171bn. Musk bought social media network Twitter for $44billion (about R800 billion) on 27 October.

It was Twitter users who jokingly begged Musk to put in a bid to buy Manchester. Read the tweets below:

ALSO READ: Donald Trump is BACK on Twitter as Elon Musk lifts ban