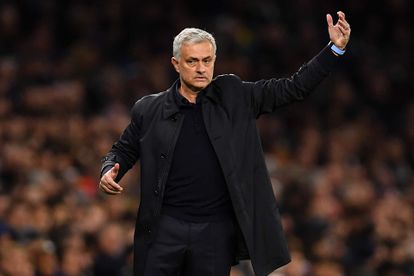 In what proved to be a weekend filled with shocking results in the English Premier League (EPL), many fans will be suffering from a severe bout of the monday blues.

The EPL log-standings after match week 4 could not have possibly been predicted. Everton, Aston Villa, Leicester City and Arsenal make up the top four while the likes of Manchester City and Manchester United both linger in the bottom half of the table.

Liverpool’s demolition at the hands of Aston Villa leaves them in fifth while emphatic victories by Tottenham and Chelsea see them climb to sixth and seventh respectively. Watch all of the EPL highlights below.

Chelsea got this weekend’s action underway with an emphatic victory over a rather sloppy Crystal Palace side on Saturday afternoon. New signing Ben Chilwell opened his account for the club while Kurt Zouma and a brace from the penalty spot by Jorginho secured a full three points for Frank Lampard’s men.

Everton continued their fine start to the EPL campaign with a dominant 4 – 2 victory over Brighton. Dominic Calvert-Lewin was once again on hand to find the back of the net thanks to a powerful near post header before Neal Maupay leveled matters for Brighton from close range.

Yerry Mina restored Everton’s lead on the stroke of halftime via a header before a second half brace by James Rodriguez sealed the victory. Brighton did find a late goal thanks to a spectacular Bissouma strike however it proved to be too little too late.

Raheem Sterling’s clinical strike in the 17th minute was cancelled out by a Rodrigo finish from close range following an Ederson error on Saturday afternoon. The draw means Manchester City have now picked up just four points in their opening three games of the season.

Mikel Arteta’s revolution in North London continued to gain momentum thanks to goals by Bukayo Saka and Nicholas Pepe. David McGoldrick did find a late goal for Sheffield however it proved to be but a consolation strike.

Son Heung-min and Harry Kane starred as Tottenham hammered Manchester United 6-1 at Old Trafford. Bruno Fernandes’ second minute penalty led to a string of bizarre occurrences at the Theatre of Dreams, or should I say nightmares?

The defending EPL champions conceded seven goals against Aston Villa on a Sunday the English Premier League would never forget. A clinical hatrick by Ollie Watkins, a silky brace by Jack Grealish and goals by John McGinn and Ross Barkley meant Mohamed Salah’s brace would count for nothing.

Other EPL results from MD4