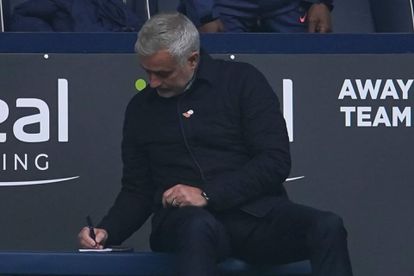 In what has been a peculiar start to the season, the pre-season favourites have battled for consistency, with Leicester City and Tottenham Hotspur occupying the top two spots after eight match days, while early-season pace-setters such as Aston Villa and Everton have been brought back down to earth.

The battle resumes this Saturday, with four EPL fixtures scheduled for the day.

Newcastle and Chelsea kick off proceedings at St James Park at 14:30 (SAST), before Villa host the struggling Brighton at Villa Park.

The pick of the weekend’s action takes place in North London, where Tottenham play host to four-time EPL winners Manchester City, who currently languish in mid-table.

The night’s final fixture kicks off at 22:00 and pits Manchester United against West Bromwich Albion at Old Trafford.

Fixtures on Sunday and Monday

The best of Sunday’s fixtures take place in the evening where the table-topping Leicester close off the day’s action with a visit to Anfield for an encounter with defending champions Liverpool.

Before that particular game, Leeds entertain Arsenal for the first time in the league since the former were relegated in 2004.

The round’s action concludes on Monday with two more EPL fixtures at Turf Moor and the Molineux, respectively.

Burnley and Crystal Palace lock horns in the early kick-off at 19:30, before the Wolves entertain Southampton two and a half hours later.

17:00 Aston Villa vs Brighton and Hove Albion at Villa Park

14:00 Fulham vs Everton at Craven Cottage

21:15 Liverpool vs Leicester City at Anfield