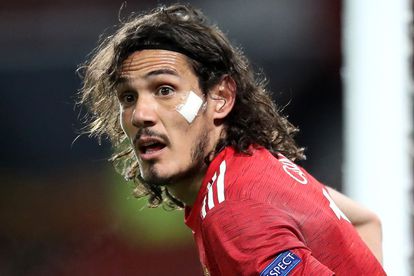 Edinson Cavani will remain at Manchester United next season after the on-form Uruguayan signed a one-year contract extension on Monday.

The 34-year-old Uruguayan has scored 15 goals in his first season in England, including eight in his last seven games, to help United to second place in the Premier League and to the final of the Europa League.

“Over the season I have developed a great affection for the club and everything that it represents,” Edinson Cavani said in a United statement.

“I have been touched with how much the supporters have wanted me to stay, and I will give everything to bring them happiness and joy with my performances on the field.

“I’ve not yet been able to play in front of the Old Trafford crowd and that is something that I cannot wait to do.”

READ | AL AHLY STAR CLAIMS MAMELODI SUNDOWNS HAVE MADE HIM AN OFFER!

United boss Ole Gunnar Solskjaer had repeatedly stressed his desire for Edinson Cavani to remain at Old Trafford despite reports the striker was keen to return to South America.

“I said when Edinson signed, that he would bring energy, power and leadership to this group and I haven’t been proved wrong, he has been everything I thought he would be and more,” said Solskjaer.

“As coaches, we knew about his goalscoring record. However, it is his personality that has brought so much to this squad, he has a winning mentality and has an unequivocal attitude to everything he does.”

United could end a four-year trophy drought when they face Villarreal in the Europa League final on May 26 and are set to match their best Premier League finish since legendary former manager Alex Ferguson retired in 2013.

Edinson Cavani’s form in recent months has played a major part in that success, after a slow start to his time in Manchester.

He was banned for three games in December after an exchange on Instagram in which he addressed a friend, Pablo Fernandez, using the commonly used Spanish term “negrito” (small black person).

MUST READ | MAMELODI SUNDOWNS: THE EARLIEST DATE THEY CAN BE CROWNED CHAMPIONS

Although a disciplinary panel found Cavani had not intended to cause offence with the remark, he was still sanctioned – triggering an outcry in Uruguay.

Edinson Cavani’s father, Luis Cavani, told Argentine media in March that the suspension was a “nonsense” and would play a part in whether his son decided to stay in England.

United are in action twice in the next three days at home to Leicester and Liverpool in the Premier League.

Defeat in either game or two draws would end the Red Devils’ small chances of catching Manchester City at the top of the table for a first league title in eight years.

City are 10 points clear, but have played a game more than their local rivals.