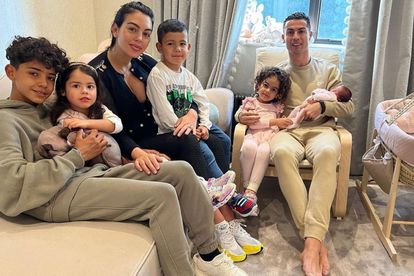 The 28-year-old model took to social media to announce the name of their daughter to the world, posting a series of photos of her on Instagram.

Rodriguez, who has nearly 38 million Instagram followers, has been in a relationship with the soccer star since 2017.

Ronaldo, 37, also posted a picture of himself and his baby girl on the photo-sharing platform.

Despite their joy, the arrival of baby Esmeralda was tinged with tragedy when her twin brother died during birth.

The couple announced the awful news in April, when they described their newborn son’s death as the “greatest pain that any parents can feel”.

The Manchester United star – who already has four-year-old daughter Alana Martina with Georgina, as well as Cristiano Jr, 11, and four-year-old twins Eva and Mateo – said on Instagram at the time: “It is with our deepest sadness we have to announce that our baby boy has passed away. It is the greatest pain that any parents can feel.

“Only the birth of our baby girl gives us the strength to live this moment with some hope and happiness.

“We would like to thank the doctors and nurses for all their expert care and support.

“We are all devastated at this loss and we kindly ask for privacy at this very difficult time.

“Our baby boy, you are our angel. We will always love you.”