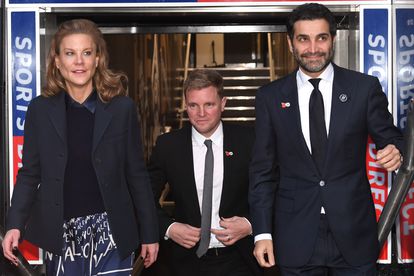 After intense rumours towards the end of the previous weeks, it looks like Newcastle have finally got their man! With Kieran Trippier reportedly just one step away from joining Toon Army.

The England international was has been heavily linked with a return to his home country since the previous transfer window. That time, however, it was Premier League giants Manchester United and Arsenal who were thought to be on the chase for the right back. Manchester United would eventually bulk at the reported £25 million that Atletico Madrid wanted for Trippier. They would then stick with Diogo Dalot providing competition for Aaron Wan-Bissaka for that right back spot.

READ | FOUR CLUBS INTERESTED IN GEORGE MALULEKA REVEALED! INCLUDING FORMER CLUB AS HE IS SET FOR CRUNCH TALKS WITH MAMELODI SUNDOWNS!

Arsenal on the other hand opted to sign Japanese international right back Takehiro Tomiyasu who has also proven to be quite a revelation for the North-Londoners. On the other side, Dalot has also proven to be a worthy squad member for Manchester United and his emergency, has perhaps become the reason why they, too have not renewed their interested in Trippier this time around.

Newcastle have since agreed a deal with Atletico Madrid

It now looks as if Newcastle have since taken that as an opportunity to do business with Atletico Madrid, and have an unopposed run at the set-piece specialist. As according to Sky Sports News reporter Keith Downie, they have agreed a deal for just £12 million plus add ons for Tripper to join them this January.

Only a matter of time until its a done deal

Downie goes on further to add that, Trippier is now set to travel to Newcastle to put the finishing touches on his move to Tyneside, after completing his scheduled medical. Newcastle are currently languishing in the second last position in the English Premier League, which indicates a huge career risk the former Tottenham Hotspur man is taking. Should the club be able to secure acquisitions of a similar ilk during this window, and go on to add to that during the European summer window, this move could prove a masterstroke for both club and player.