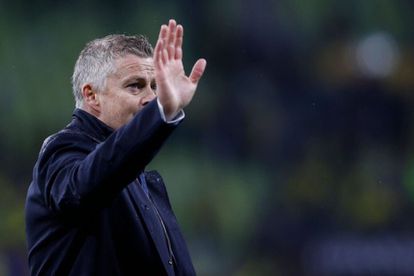 Manchester United have decided to part ways with manager Ole Gunnar Solskjaer the club have announced.

After a string of poor results, Manchester United have have finally decided to pull the plug on Solskjaer

The final nail on the coffin for Solskjaer seemed to have been Manchester United’s 4-1 away loss to Watford at Vicarage Road. The club then scheduled a prompt virtual meeting to discuss what Solskjaer’s pay out package would be, that alone indicating that everybody was on the same page regarding his sacking. Sky Sports would then report that no decision had been taken from that meeting but things quickly escalated.

Sky Sports Italia transfer guru Fabrizio Romano then came out saying that Manchester United had in fact reached the decision to fire Solskjaer, before naming who his replacements would be.

The was also a claim that Manchester United were intent on announcing Solskjaer’s departure as a “mutual parting of ways” rather than him being “sacked” by the club as a marker of respect to the Norwegian, a club legend who has been directly associated with the Red Devils for 18 years.

The club have since followed suit with their statement announcing that Solskjaer has “left” his role as manager.

“Manchester United announces that Ole Gunnar Solskjaer has left his role as manager.

Ole will always be a legend at Manchester United and it is with regret that we have reached this difficult decision. While the past few weeks have been disappointing, they should not obscure all the work he has done over the past three years to rebuild the foundations for long-term success.

Ole leaves with our sincerest thanks for his tireless efforts as Manager and our very best wishes for the future. His place in the club’s history will always be secure, not just for his story as a player, but as a great man and a Manager who gave us many great moments. He will forever be welcome back at Old Trafford as part of the Manchester United family.

Michael Carrick will now take charge of the team for forthcoming games, while the club looks to appoint an interim manager to the end of the season.”  Read the club statement on Solskjaer.