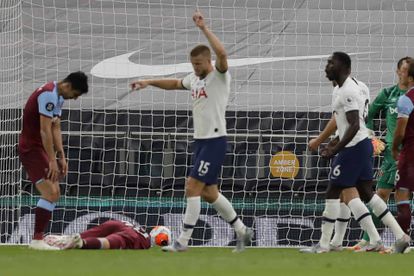 “Eight players and five members of staff,” Conte said at a press conference on Wednesday, which was held virtually rather than in person at the club’s Hotspur Way training centre.

“Every day we are having people with Covid, people who were not positive yesterday. This is not a good situation.”

Spurs are due to play a crucial Europa Conference League game against Rennes on Thursday.

Up to six Tottenham players have reportedly tested positive for Covid-19, while two members of the club’s backroom staff are also said to have returned positive results, threatening to throw their Premier League campaign into real disarray.

Spurs will now undergo another round of PCR tests on Tuesday to confirm the results before any further decisions are taken.

Antonio Conte’s team are scheduled to face Brighton on Sunday, while next Thursday’s Premier League game with Leicester could also be impacted by the outbreak.

Premier League may be approached to postpone upcoming fixture

Should the PCR tests come back positive, or if there are further positive results, Spurs may consider reaching out to the Premier League to have this Sunday’s trip to Brighton postponed, according to The Telegraph.

Several Premier League games had to be postponed last season due to outbreaks, but it appears Spurs are not the first top-flight club this season to have been so adversely affected by the virus.