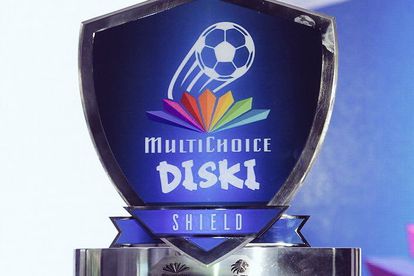 The DStv Diski Shield is back after two years of being suspended due to Covid-19, and eight teams will be competing for R200 000.

The eight teams that finished in the top eight will have battle it out in the knockout stages until the ultimate winner is determined.

Diski Shield was first launched in 2018 but it was cancelled in 2020 due to Covid-19 that hit the world and claimed millions of human lives.

At the time, the Diski Challenge season was limited to just 15 matches, but this format was introduced later on where the top eight teams get to battle it out.

According to a statement released by the PSL, the winner’s prize will be donated towards a football development initiative for a local community of the winner’s choice.

The Diski Shield will be played over three weekends – the quarter-finals are scheduled for 9-10 July while the semi-finals will take place on 16 July.

The final where the 2022 Diski Shield champions will be crowned is pencilled for 23 July at a venue still to be announced by the league.

Football fans will be glad to know that Diski Challenge champions Stellenbosch FC will take on Maritzburg United who finished eighth in the league last season.

TS Galaxy will play hosts to Chippa United while Kaizer Chiefs and Orlando Pirates will both be at home against SuperSport United and Mamelodi Sundowns respectively.