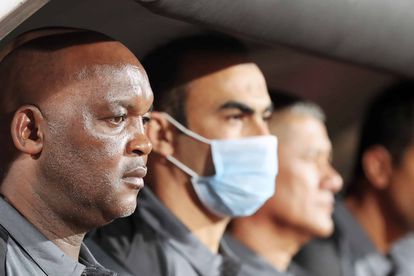 Bayern Munich will face either African champions Al Ahly or Al Duhail of Qatar in the semi-finals of the Club World Cup next month, following the draw at FIFA’s headquarters in Zurich on Tuesday.

The semi-finals will be played on Monday, February 8 at the Ahmad Bin Ali Stadium in Al Rayyan, just outside the Qatari capital Doha.

Before that Al Ahly and Al Duhail will meet on February 4 at the nearby Education City Stadium, another of the venues for the 2022 Soccer World Cup in Qatar.

Meanwhile, Al Duhail, whose manager is the former France international and ex-Rennes and Nottingham Forest coach Sabri Lamouchi, qualify as the reigning champions of the host nation.

On the other side of the draw, Mexican club Tigres UANL, the CONCACAF Champions League winners, will take on Asian champions Ulsan Hyundai of South Korea on February 4 for the right to take on the Copa Libertadores winners in the first semi-final on February 7.

Brazilian clubs Santos and Palmeiras will clash in the delayed South American showpiece at Rio de Janeiro’s Maracana on January 30.

Their fellow Brazilians Flamengo lost the 2019 final to Liverpool, with European clubs winning each of the last seven editions of the Club World Cup.

That run started with Bayern lifting the trophy in Morocco in 2013. Hansi Flick’s Bayern are now looking to add the FIFA title to the five trophies they won in 2020, namely the Bundesliga, German Cup, Champions League, UEFA Super Cup and German Super Cup.

The 2020 edition was initially scheduled for December last year but was delayed as a result of the Covid-19 pandemic, and because the Copa Libertadores has not yet been completed.

However, would-be Oceania representatives Auckland City withdrew because of the pandemic and related quarantine measures required by the New Zealand authorities.

That allowed Al Duhail to earn a bye through the first round.

The final will be played at Education City on Thursday, February 11.