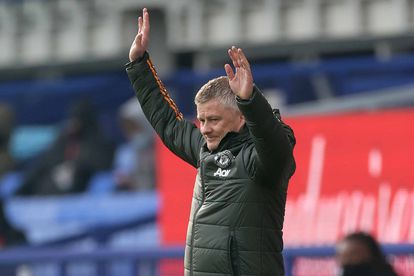 Ole Gunnar Solskjaer said he hopes to have left Manchester United in a better state than he inherited them three years ago. Photo: CARL RECINE / POOL / AFP)

Ole Gunnar Solskjaer said he hopes to have left Manchester United in a better state than he inherited them three years ago. Photo: CARL RECINE / POOL / AFP)

Old Trafford will be the scene of a revenge mission as English giants Man United welcome Turkish champs, Istanbul Basaksehir in a Champions League Group H clash on Tuesday night.

After dominating the early stages of the group stage, winning away to Paris Saint Germain before thrashing Red Bull Leipzig at the Theatre of Dreams, Ole Gunnar Solskjaer’s fairytale came to an end in Istanbul earlier in the month.

The Red Devils were stunned by the minnows, who raced to a 2-0 lead before Anthony Martial’s first-half strike turned out to be nothing more than scant consolation, as the Turkish outfit ran off 2-1 winners.

The result was part of a difficult period for the three-time European champions, which they managed to turn around with a convincing win away to Everton, before staggering along to a home victory over West Bromwich Albion on Sunday.

Reflecting on a forgettable night in Turkey, the United manager called for a more focused effort from his charges.

“You know when you go away to Turkey and the Turkish champions that’s going to be a difficult game anyway,” Solskjaer said.

“But the level of concentration needs to be better, we know that the two goals we conceded were on bad breakaways and there were one or two other moments where we caused our own problems with our organisation when we had the ball.

“We need to be more disciplined in our positioning, because any lack of concentration and they will be off and running. The first goal was the worst goal to concede, the second a counter-attack.

“We started well with two wins but we were disappointed to lose in the last game. We need at least 10 points to go through, maybe it’s even likely that you have to have 12 points, so we’re going to go into this game trying to win it well with a good performance.”

With two difficult matches to come, a win at Old Trafford becomes all the more important.

The Champions League match between Man United and Istanbul Basaksehir kicks off at 22:00 (SAST) and will air live on DStv Premier League channel (203).