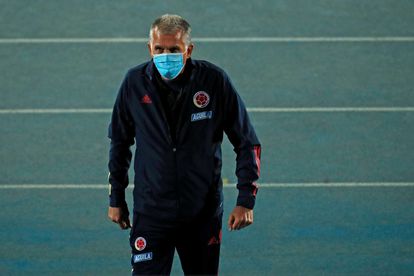 The Egyptian Football Association (EFA) has finally made a call on the future of head coach Carlos Queiroz following his resignation over a week ago.

The Pharaohs were beaten by Senegal, and the defeat was enough for Queiroz to call it quits from the post he had held since September 2021.

READ | KAIZER CHIEFS CHARGED BY PSL: HOW AMAKHOSI ARE LIKELY TO PLEAD

And EFA waited until over a week to accept Queiroz’s resignation and they have thanked the former Bafana Bafana mentor for his contribution to the Egyptian national team.

“Carlos Queiroz expressed his happiness with the period he spent in Egypt, expressing the extent of his love for Egypt and the Egyptians, stressing his support for Egyptian football,” reads a statement by EFA.

“After today’s session, the Federation’s Board of Directors decided to thank Carlos Queiroz, coach of the Egyptian national team, after the two parties agreed to terminate the contract by mutual consent.”