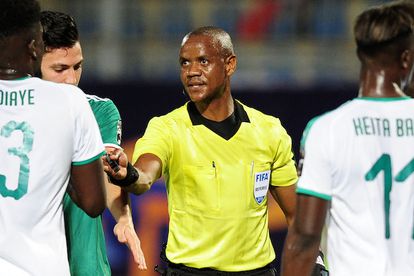 The match officials for Friday’s CAF Confederation Cup final between Orlando Pirates and RSB Berkane have been confirmed.

The two teams will battle it out for the ultimate prize at Nigeria’s Godswill Akpabio International Stadium with kick-off scheduled for 21:00 SA time.

Now, according to a statement released by COSAFA media, Zambian referee Janny Sikazwe will officiate the encounter in Uyo.

Sikazwe is an experienced referee who previously officiated at the Africa Cup of Nations (AFCON) and the FIFA World Cup.

He officiated two matches at the 2018 FIFA World Cup in Russia, and he is regarded as one of the top referees on the African continent.

According to COSAFA, Sikazwe will be flanked by Angolan assistant referees Jerson Emiliano Dos Santos and Mozambican Arsenio Chadreque Maringule on the night.

Botswana’s Joshua Bondo will also make the trip to Nigeria as the fourth official for the Pirates and Berkane match.

WHO WILL BE IN CHARGE OF VAR FOR PIRATES VS BERKANE FINAL?

The VAR team will be formed by the Egyptian trio of Mahmoud Ashor, Mahmoud Abouelregal and Mahmoud Elbana.

TUT campus barricaded as protests break out against ‘rogue’ landlords

Why does the air in South African Highveld cities smell foul in winter?

Securing the bag in every way: Inside Mohale’s new fashion venture