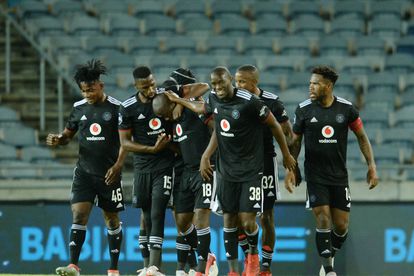 PSL giants Orlando Pirates are preparing for one of the longest possible journey’s a South African club could face for a CAF match. Check out these details!

The Buccaneers are on the brink of CAF Confederation Cup glory and are just three matches – a two-legged semi-final and one-off final – away from that dream.

First up is a grueling trip to Libya that is expected to take over 17 hours!

And that’s ONE WAY!

All that for just 90 minutes of football.

As The South African website previously confirmed, Mandla Ncikazi and Fadlu Davids‘ men have a semi-final battle against Libyan giants Al Ahly Tripoli on Sunday, 8 May at 18:00 (SA time).

We’ve heard about how taxing trips across the African continent can be, but it can’t get any more draining than the journey to Tripoli.

HOW ORLANDO PIRATES COULD TRAVEL THIS WEEK

According to our knowledge, Orlando Pirates do not have a private jet that could allow for a direct flight to Tripoli.

This means that the Buccaneers are expected to embark on a journey that includes two stops in the Middle East as well as Europe before arriving in Tripoli.

It is yet to be confirmed when the Buccaneers will be departing, but best they get going soon!.

The second leg is scheduled for Sunday, 15 May at the Orlando Stadium in Soweto.