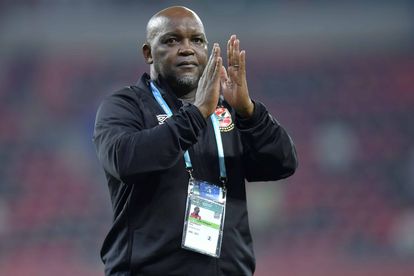 The defending CAF Champions League winners suffered their first defeat of the continental campaign after going down 1-0 to their Tanzanian opponents at the Benjamin Mkapa Stadium.

To make matter worse for Pitso Mosimane, the lone goal of the match in the 31st minute was scored by a familiar face – former Mamelodi Sundowns forward Luis Miquissone.

Following the match, Pitso Mosimane admitted that the atmosphere from the 30 000-odd fans had made things difficult for his side, but that he was still confident of qualifying for the next stage of the competition.

“We still have four remaining games in the group stage, and we will fight to reach the next round,” Pitso Mosimane said according to Al Ahly’s official website.

“We aimed to dominate the possession in today’s game, but we missed several chances in the first half, and in these games, we have to take all of our chances.

“We have to be professional after any loss, but the game could be held in better circumstances. I am a professional coach and I have no comments on the fans’ attendance as it was the CAF’s decision, but what happened today did not happen in any place in the world.”

Al Ahly are in third place in Group A with three points from their opening two matches having beaten Sudanese side Al Merrikh 3-0 in their opener.

They will next be in CAF Champions League action against Congo side AS Vita Club at home on Friday, 5 March.