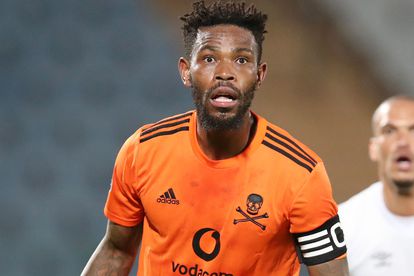 Orlando Pirates have provided an update on missing defender and ‘captain’ Thulani Hlatshwayo.

The former Bafana Bafana captain has found the going tough at the Buccaneers following his blockbuster move from the now defunct Bidvest Wits.

Buccaneers coach Mandla Ncikazi has since issued an update on the defender who was named on the Orlando Pirates bench for tonight’s clash against JS Saoura.

“Tyson is training well. He had an injury, he was training well, I think currently he is in competition to be in the team. But one thing I like about him.” the Orlando Pirates coach said as quoted by Citizen.

“And maybe that shows his experience, his attitude is always great. He trains well, he supports the team even if he is not part of the team and very soon, we will see him in the field of play,”