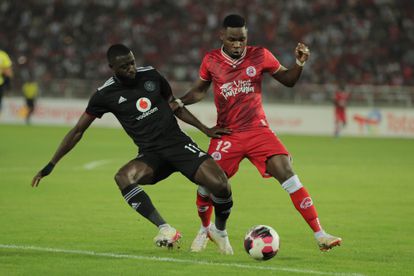 Orlando Pirates returned to CAF Confederation Cup action when they traveled to the Benjamin Mkapa stadium in Tanzania to face Simba SC on Sunday evening.

It was a disappointing experience for the Buccaneers who went down 1-0 on the night after Shomari Kapombe’s penalty proved to be the difference!

Mandla Ncikazi, Orlando Pirates’ co-coach has since reacted to the defeat and opened up on the inhumane treatment his side were subjected to in Tanzania.