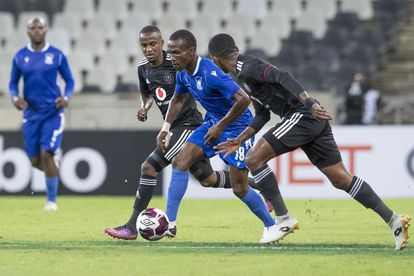 Orlando Pirates will be desperate to return back to winning ways when they host Royal Leopards in the CAF Confederation Cup this evening.

The Buccaneers have suffered two major losses in their previous two matches. The first of which coming at the hands of arch rivals Kaizer Chiefs.

Orlando Pirates were then knocked out of the Nedbank Cup at the hands of Marumo Gallants during the week after a dramatic penalty shootout loss.

We have to take the insults – Ncikazi

“As a coach, you have a responsibility to take the insults and the frustration of the supporters and you take that rather than shifting the blame and taking it to the players.” Orlando Pirates co-coach Mandla Ncikazi said.

“Currently, as coaches, we know the team is not doing well and we understand the frustration of supporters and we are hoping and praying that the results will change.

“We’re trying to put the best Orlando Pirates team forward, we don’t have favourites but we just have players that are following protocols, training properly and they are ready to play.

“The fact that we’re not getting the desired results, doesn’t mean they’re players that are favoured. We look at players the same way, analyse the data, we look at their performance in the field and then we take decisions.”

Orlando Pirates vs Royal Leopards: How to LIVE STREAM for FREE

Today’s CAF Confederation Cup group stage clash will get underway at 18:00. The match will be televised live on SuperSport PSL.

You can also live stream today’s match between Orlando Pirates and Royal Leopards on TELKOMONE. Simply create a free account and the match can be accessed on SABCSport’s TELKOMONE channel.