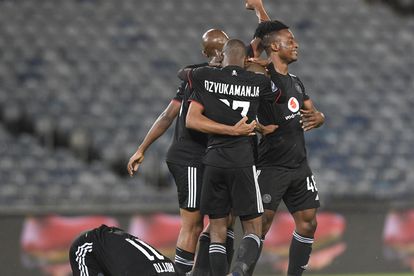 Orlando Pirates will become South Africa’s first ever winners of the CAF Confederation Cup on Friday – if bookmakers are to be believed! Photo: Twitter @OrlandoPirates

Orlando Pirates will become South Africa’s first ever winners of the CAF Confederation Cup on Friday – if bookmakers are to be believed! Photo: Twitter @OrlandoPirates

Orlando Pirates recieved a special message from South Africa’s Minister of Sports, Arts and Culture ahead of their CAF Confederation Cup final tonight.

Minister Nathi Mthethwa took to social media to wish the Buccaneers well ahead of their blockbuster final clash this evening. Take a look at his message below.

Orlando Pirates booked their place in the finals after overcoming Libya’s Al Ahli Tripoli thanks to a 2-1 on aggregate victory.

They’ll need one last incredible performance should they wish to go on and lift their first CAF Confederation Cup title!

RS Berkane vs Orlando Pirates: How to LIVE STREAM for FREE!

Ncikazi’s infamous rant on the condition of African football!