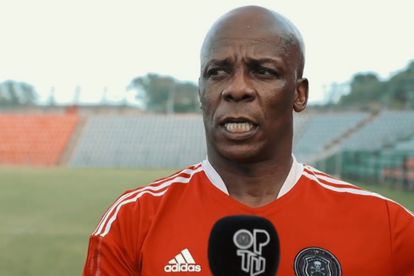 Orlando Pirates co-coach Mandla Ncikazi says the Soweto giants will be representing the whole of South Africa in the CAF Confederation Cup and hopes Mzansi will get behind the team ahead of their upcoming semi-final.

The Buccaneers reached the semi-finals after defeating Tanzanian side Simba SC in a penalty shootout over the weekend and will now face Libyan side Al Ahly Tripoli on Sunday, 8 May at 11 June Stadium in Tripoli.

Kick-off time is still to be confirmed.

According to The Sowetan, Mandla Ncikazi said the goal at Orlando Pirates was to make South Africa proud and he hoped the public would all become Bucs fans for the two-legged semi-final.

“I see our progression as a good representation for our country [as] we’re the only [SA}team that’s surviving. Pirates must take the responsibility of representing our country.

“For me, it’s no longer about teams, it’s about us representing the country. I hope all South Africans will be Pirates supporters when we’re playing the next matches,” Mandla Ncikazi said.

Ncikazi added that Orlando Pirates’ past history playing in Africa gives them the pedigree to get past opponents Al Ahly Tripoli over the two legs.

“So, I don’t think there’s anything new. We’re in the competition to win it. We shouldn’t be here to make numbers… with the history, we should do it,” concluded Ncikazi.

READ | MAMELODI SUNDOWNS HOW OUT OF CAFCL R10 MILLION RICHER

The second leg will take place in Soweto on Sunday, 15 April.