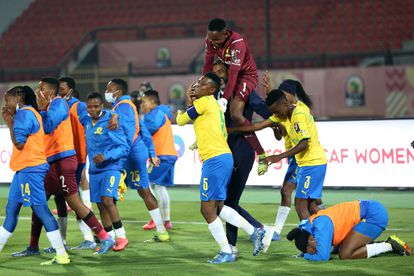 Mamelodi Sundowns Ladies have learnt their opponents for the group stages of the 2022 Women’s CAF Champions League.

The Brazilians will attempt to defend their crown in Morocco later this year; the title they won in style in Cairo last year (2021).

The draw was conducted on Friday where Jerry Tshabalala’s charges were drawn in Group B alongside Wadi Degla (Egypt), Bayelsa Queens (Nigeria), and a yet to be determined winner of the UNIFFAC region.

The Group A comprises of AS FAR of Morocco, Tanzanian giants Simba Queens, Zambia’s Green Buffaloes and Determin Girls of Liberia.

This year’s Women’s CAF Champions League will take place between 30 October and 13 November in Morocco.