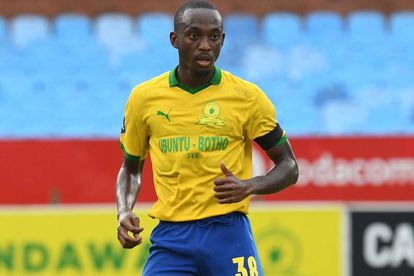 It’s make or break for Mamelodi Sundowns in the CAF Champions League this evening when they host Angolan giants Petro Atletico at the FNB Stadium.

The Brazilians tasted defeat for the first time in the first leg of their CAF Champions League quarter-final clash a week ago after going down 2-1 in Luanda, Angola.

Mamelodi Sundowns have failed to progress to the semi-finals in their last three attempts, after falling at the quarter-finals stage in three consecutive years.

The last time the Brazilians made it to the semi-finals was back in 2018/19 where they defeated Al Ahly in the last eight before falling short against Wydad Casablanca in the last four.

Action at the FNB Stadium gets underway at 18:00. The match will be televised live on SuperSport 209.

This website will be providing you with live coverage 30 minutes ahead of kickoff between Mamelodi Sundowns and Petro Atletico.

“As everybody knows, we lost that side but we got the away goal which was something which we wanted, however the results were not what we wanted.” Mamelodi Sundowns defender Lyle Lakay told the club’s website.

“Obviously we have to rectify it this side. It’s a must win for us, we going all out to win on Saturday and go through to the semi-finals. I don’t think one goal is enough, we have to score more than one and obviously they don’t score.

“Even though we need just one goal to win, as players we went over the previous game that we played in Luanda and we’ve identified Mamelodi Sundowns’ mistakes, like the goals that they scored.

“The goals that we conceded were errors, we got punished, but we have to rectify that and go into the match knowing that we have to win and we have to qualify.

“We’ve played them before, I think about two or three years ago in the group stages and they are a completely different team with a different style of play.

“We did our analysis and Mamelodi Sundowns have identified a few of them. For example, their striker, Tiago [Azulão] his movement and also the other guys.

“We also analysed their away games that they played in the group stages, I think they play a different game away to when they play at home.”