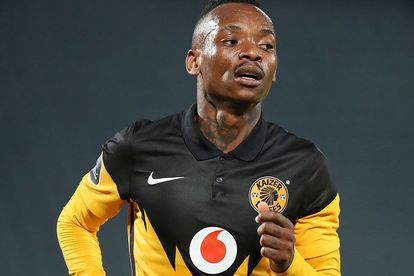 Happy Birthday to Kaizer Chiefs star Khama Billiat who is celebrating his 31st trip around the sun TODAY!

Happy Birthday to Kaizer Chiefs star Khama Billiat who is celebrating his 31st trip around the sun TODAY!

Kaizer Chiefs have been boosted by the return of Khama Billiat and Leonardo Castro to the team ahead of this weekend’s CAF Champions League match against Wydad Casablanca.

Billiat had been out for over two months with a broken shin and his return will come as a huge relief to Gavin Hunt and his technical team.

He was expected to return to the training grounds at the start of April but the fact that he’s already training with his Amakhosi teammates means he could be back on the pitch sooner rather than later.

In the pictures shared by Chiefs, Billiat can be seen hard at work at Naturena as he aims to help the club finish the remaining matches of the season on a high.

Castro, meanwhile, missed Amakhosi’s last four matches with injury, and his availability will excite Hunt more because he needs the lanky striker for the clash against Wydad.

One of Chiefs’ biggest problems this season has been their failure to put the ball into the back of the net, but with Billiat and Castro now back, Hunt certainly has a strong strikeforce.

Chiefs need to beat Wydad to enhance their chances of advancing to the quarterfinals of this year’s CAF Champions League.

As things stand, Amakhosi are third on the Group C log, tied on five points with second-placed Horoya AC whom they face in their final group match on April 10.