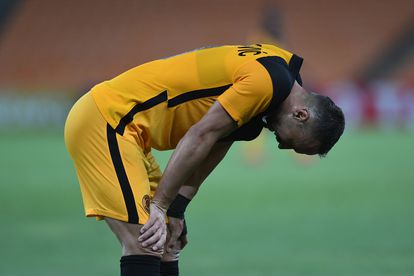 Kaizer Chiefs received an injury boost ahead of the vital CAF Champions League clash against Angolan side Petro de Luanda on Tuesday, 16 March.

After playing with no strikers in their earlier Group C clash at the FNB Stadium – a match Amakhosi won 2-1 – coach Gavin Hunt was happy to welcome at least one striker back in the team after Samir Nurkovic recovered from injury.

“We need to manage him because he’s our only available striker with Khama Billiat and Leonardo Castro out at the moment.

READ | SHAPE UP OR SHIP OUT! KAIZER CHIEFS GIVE GAVIN HUNT AN ULTIMATUM – REPORT

“The forward line has been problematic with Nurkovic missing the first round of the season and now Billiat out for almost half the season. We now have Castro out and it has affected us.”

Another returnee to Hunt’s team is captain Ramahlwe Mphahlele after he missed the last CAF Champions League match through suspension.

“Rama’s presence is key because he’s one of the most experienced campaigners in the competition. He understands the conditions and knows what’s needed so it’s good to have him back and available for selection,” Gavin Hunt added.