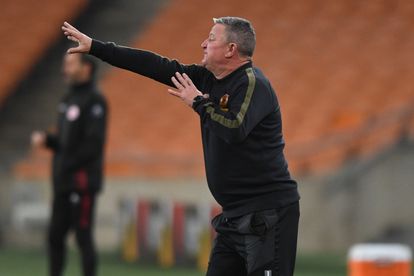 Kaizer Chiefs put in one of their greatest performances in living memory – if not ever – in beating Simba SC of Tanzania 4-0 in the first leg of their CAF Champions League quarter-final at the FNB Stadium on Saturday, 15 May.

Gavin Hunt’s men – who have been under immense pressure of late – came out firing and dominated proceedings to take an almost insurmountable lead into the second leg in Dar es Salaam next Saturday.

Check out the images below of the goalscorers on the night.