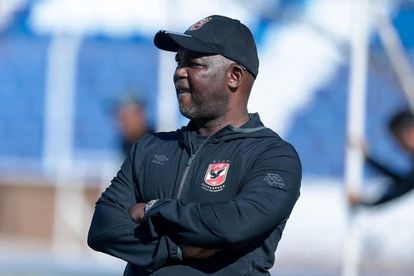 The 2022 CAF Champions League final between Al Ahly and Wydad Casablanca will be available to ALL South African football fans on Monday.

And that’s because the SABC has found a slot to broadcast this titanic clash on their free-to-air channel, SABC 1.

This is huge as the public broadcaster previously struggled to screen CAF matches on free-to-air channels, even those involving South African teams.

And with this being a match that doesn’t involve any of the South African teams, the majority would have expected this match not to be on any of the free-to-air channels.

Nonetheless, there is huge interest in the game as Al Ahly have South Africans on their books, and all eyes will be on Pitso Mosimane and Percy Tau.

The two South Africans won the CAF Champions League together with Al Ahly last season, and before then, they won the trophy with Mamelodi Sundowns in 2016.

WHICH OTHER CHANNEL WILL BROADCAST AL AHLY VS WYDAD MATCH

This encounter between Al Ahly and Wydad will also be available on SuperSport PSL channel 202 with the live feed scheduled for 20:55.

The South African website will also provide a link to a number of streams so that you don’t miss any action in addition to the live blog.