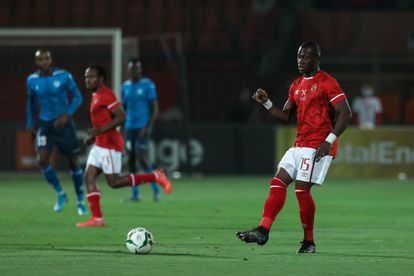 Pitso Mosimane’s men went into this encounter under a little bit of pressure to qualify for the Last 8 as they were not guaranteed a spot in the next round.

Al Ahly were already lying second on the Group A with seven points while Al Hilal were on four points and in third position.

A draw would have been enough for Al Ahly while a loss would have seen them get eliminated from the competition.

Mosimane fielded his strongest possible line-up with Mohamed Sherif leading the Al Ahly attack alongside the likes of Percy Tau.

However, the defending champions looked blunt as Al Hilal held their own in an attempt to frustrate them and perhaps avoid a repeat of February.

The game looked to be heading for a goalless draw until Hussein El Shahat fired Al Ahly ahead in the 74th minute.

That proved to be enough for Al Ahly as they secured their spot in the next round with 10 points from six games.