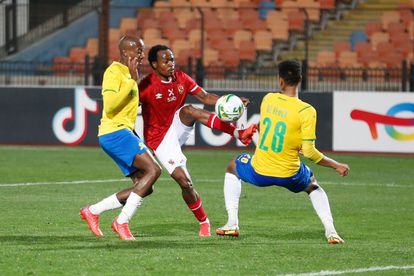 The top five most valuable clubs in Africa.

African clubs are growing in stature on the global stage and with that has come an increase in the value of players plying their trade in Africa.

Here we look at the top five African clubs by the value of the squad at their disposal.

Figures given are estimates of player market value.

The top five most valuable clubs in Africa

The first of a trio of Egyptian giants on this list and the youngest club to crack the top five.

Pyramids were only founded in 2008 and spent much of their existence away from the top flight until 2018 when they received an injection of cash from new owner who also renamed the club which was formerly known as Al Assiouty Sport.

Despite the club’s spending, they are yet to win a major trophy in Egypt or on the continent although they have contested a Caf Confederation Cup final.

Part of the so-called big three in South Africa, Orlando Pirates are a club rich in history with domestic and continental success.

They have quietly assembled the fourth most valuable squad on the continent although it is yet to bear fruit in the form of silverware.

The reigning Egyptian Premier League champions have existed under several different names since 1911, but are now known all over the globe as Zamalek.

Arch-rivals of Ah-Ahly, the club have tasted tremendous success on the continent winning the Caf Champions League five times.

Record-breaking PSL champions Mamelodi Sundowns have the second-most valuable squad on the continent.

Namibian striker Peter Shalulile is estimated to be their most valuable player.

The runaway leaders at the moment are Egypt’s Al Ahly who currently lay claim to being the continent’s top club.

They have also been willing to splash cash on players and have the most expensive squad on the continent.