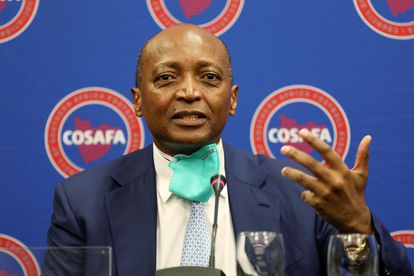 Patrice Motsepe during the 2021 COSAFA AGM Meeting at the Sandton Sun Hotel, Johannesburg on the 21 February 2021 ©Muzi Ntombela/BackpagePix

Patrice Motsepe during the 2021 COSAFA AGM Meeting at the Sandton Sun Hotel, Johannesburg on the 21 February 2021 ©Muzi Ntombela/BackpagePix

The CAF executive committee has approved plans to have the CAF Super League as well as the budget for the tournament.

CAF held their executive committee meeting in Morocco on Sunday where a number of resolutions regarding African football were taken.

Briefing the media on what was discussed and resolved, CAF president Patrice Motsepe confirmed that the CAF Super League will be launched in August 2023.

According to Kingfut, Motsepe said CAF has set aside $100 million which amounts to over R1.6 million in prize money for the CAF Super League.

Earlier this year, CAF held a meeting with 40 interested clubs across the African continent over the idea of having the Super League.

And the approval of the tournament by CAF will undoubtedly be welcomed by many African teams, including those who didn’t attend the meeting.

Now, what’s left is for CAF to decide on the format as well as the selection criteria for the teams that will take part in the first edition of the Super League.