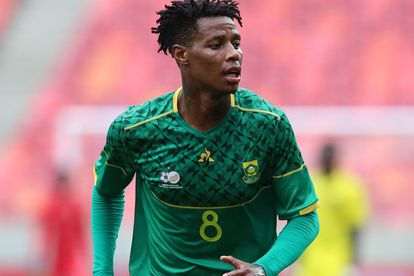 Zungu is unsettled at the club and has made it clear he wants to leave but Amiens are unwilling to let him go for anything less than R44-million.

The star midfielder is not keen on playing in the French second division and is eager to leave, despite being free to sign a pre-contract with another club in January.

Amiens have reportedly received an offer from La Liga outfit Espanyol for Zungu’s services, but the club rejected their bid which fell short of their valuation.

The Ligue 2 strugglers have lowered their asking price for Zungu from a staggering R77-million a year ago. During the club’s negotiations with Rangers, the fee for an outright sale was set at R54-million.

Zungu showed glimpses of his quality at Rangers but failed to nail down a spot in Steven Gerrard’s starting XI, and a COVID-19 protocol breach blotted his copybook with the Scottish Premiership winners. As a result, he was allowed to return to Amiens, but he was reluctant to join them for the pre-season.

There is said to be interest in the Bafana Bafana midfielder from Kaizer Chiefs but it is unlikely that they would be willing to break the bank to sign him.

Another possible destination for Zungu is the middle east, with clubs in the region enjoying the financial clout necessary to sign him, but Zungu has said that he would prefer to remain in Europe.

Zungu faces the prospect of intermittent football for a full season, which is not ideal for a player of his age, if he remains at Amiens, while the French outfit are eager to cash in on the player.