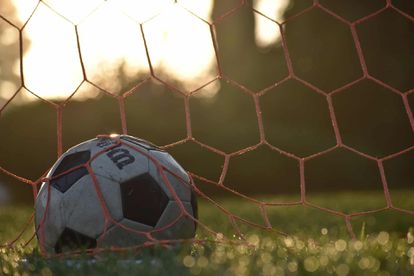 SAFA in the Mopani region, Limpopo, has sent a strong message to their local teams that they will not tolerate any form of corruption. Photo: AllgyerDaniel from Pixabay

SAFA in the Mopani region, Limpopo, has sent a strong message to their local teams that they will not tolerate any form of corruption. Photo: AllgyerDaniel from Pixabay

A lower-league amateur team in Germany named SG Ripdorf/Molzen II are testament to this. They recently lost by a whopping 37-0 against cross-town rivals SV Holdenstedt II.

To put things into perspective, it appears to be the second-biggest defeat in world soccer history, displacing a 36-0 scoreline between two Scottish teams in a cup game played in 1885.

The game between the two German teams, which has made headlines around the world, was – like so many bizarre occurrences in 2020 – all down to COVID-19, of course.

Opponents had been exposed the previous week

SG Ripdorf/Molzen II, who come from the city of Uelzen in the state of Lower Saxony, were due to play SV Holdenstedt II, but asked for a postponement when they heard the Holdenstedt players had been exposed to an opponent with the virus in the previous weekend’s game.

Holdenstedt’s players were all tested and came up negative. But still Ripdorf/Molzen wanted a postponement because of the potential 14-day incubation period for COVID-19.

When this proved impossible, many Ripdorf/Molzen players refused to play and the team only fielded seven players against their opponent’s full team of 11.

“When the game kicked off, one of our players passed the ball to the opponent and our team walked to the sidelines. Holdenstedt scored, but the referee booked our captain for unsportsmanlike conduct,” Ripdorf’s co-chair, Patrick Ristow, told sports broadcaster ESPN

“The Holdenstedt players did not understand. But we did not want to risk anything. For the rest of the match, our players returned to the field but they only stood on the pitch.

“They did not go into direct duels and observed the social distancing rules, keeping two metres between them and Holdenstedt players,” he explained.

The biggest known defeat for a soccer team is 149-0, a remarkable score that occurred in a 2002 game between the AS Adema and SO l’Emyrne clubs in Madagascar.

There is a back story to this, though. In a previous game in the tournament, SO l’Emyrne had been defeated by an extremely dubious late penalty.

So they decided to register a very unusual protest by scoring an own goal every time they had possession of the ball.

So now their protest has even been noticed by the Guinness Book of Records.